December 10, 2012
A journey from shy Idol contestant to world artist, his time in Germany and his acclaimed career as a songwriter.

HELLO, I’M DARIN. Probably you have a picture of me as a young, shy guy just flown from Idol. That image has for some reasons left  Sweden. It’s quite okay in itself, but probably you will be really surprised when you watch this edition of Så mycket bättre. I was away from the Swedish pop scene for a few years when I toured in Germany, and a lot of things happened during that time. So if you think that it’s a different Darin the one you’re watching in the tv program, you are just right. You can read news and more from me in this digital magazine. 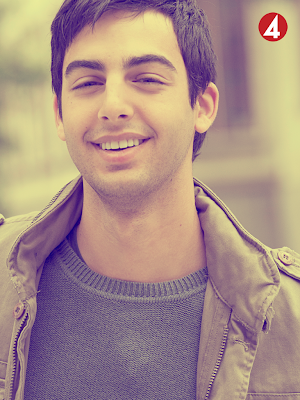 "I love to focus on each new album. It's just fun to try new things."
PEOPLE WILL PROBABLY be surprised.Many will probably get to know me anyway. Those who have only seen me as a performer on stage can certainly have a different picture of who I am, says Darin, just come back from Gotland and the recordings of Så mycket bättre.


It is, as usual, much iron in the fire for the man who has been called everything from "the future of Swedish pop music" to "Kurd of the year", and that’s still the winning formula for the idol runner-up. Summer tour is running while he's underway recording a new album. It’s not to be idle.

-  I have chosen to work hard. You decide, he says.

Despite all his awards and platinum albums the 25-year-old Darin Zanyar is bigger than many have understood. Where many of us see a girl idol with Michael Jackson ambitions who willingly looks away a little self-consciously when Tilde de Paula interviews him on Nyhetsmorgon -  is there not only hidden a successful artist but also an international songwriter and producer. And that shy guy with smooth voice has during the last 3-4 years clearly had to collapse for a guy who speaks with the same power as he sings, and answers fast on the questions he gets.
-  That thing about being shy and high integrity. There was much of that in the beginning. But of course things happen. Of course I have changed. 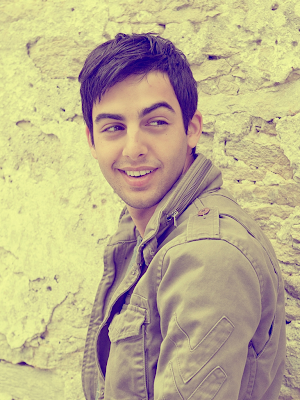 "I pick good influences from every direction at the same time."
Four albums in six years. Three of them within two years. Yes, you can read the sentences again. Find Swedish artists having similar success on their CVs.
Moreover, Darin has changed his music style in each album. The question is whether it is a musical identity crisis or an open strategy?

-  I'm still in the same genre as I’ve always been in. But yes, I like to change the direction of each new album. It's just fun to try new things and experiment. They have worked pretty well so far, right?

Darin's sales success speaks in a clear language. There is no sensible argument against his tactic. However, one can of course wonder how a relatively young artist can be so fuzzy, when it normally tends to be just the opposite during an artist's early years.

- Well, then I listen to as much music as possible. From pop to classical. From urban and electronic to the alternative. I pick up influences from every direction at the same time, but sometimes there's something that gets stuck extra much and maybe that shows, then.

Do you think your sales success is getting enough attention compared to you as a person?
-  I don’t know actually. It feels like there’s a different focus on different things depending on what I take care about at that moment. But that's also part of what’s fun with this job. You never know what will happen the next day, and how things will be perceived.

"I caught up a lot of partying that I hadn't been able to do in Sweden."
When you became known things were hysterical. But then you completely disappeared, but at the same you didn't? Explain this...
- Exactly. I got a record deal in Germany and toured there. It went really well, but over there there's a completely different kind of market and it shows. On one hand they have many very big cities. One day you're in Berlin, the next day in Munchen and do one thing, and then suddenly you're in Switzerland, that sort of is the same market. In Sweden everything is concentrated to Stockholm, but that's not how it works over there. Then there's a different way to promote yourself in. Their tv-shows aren't like ours, they need another kind of entertainment and approach.

Was it that you felt even more Swedish?
-  Hmmm. I have travelled a lot in my life, so I wasn’t very shocked by their culture, if I can say so. I'm pretty familiar with other cultures and other countries.

Yes, I can tell, on your good English. You must have Sweden's best pronunciation. Is that because you've traveled a lot?
- Well, not really. But actually it's not that weird I have many relatives in the USA and I've been there during long periods of my life, so it's a language that's very close to me. I don't even think about it when I'm talking. But I like to travel, I think that you grow as a person by doing that.

Could you be a different person while in Germany?
-  Yes, absolutely. As for the job, it was me most of the time, but when I was off, I caught up a lot of partying that I hadn't been able to do in Sweden. There was a lot of partying. As soon as I was free, there was a party, haha… 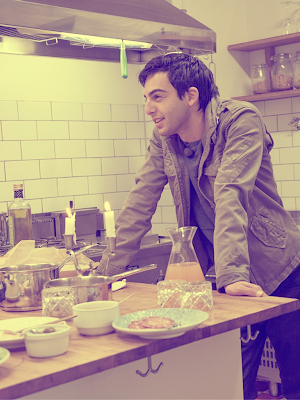 "As a songwriter, I deal mostly with what is usually called top end."
I heard somewhere that you are crap big in Thailand. Is that true?
-  Haha, yes it's true. Even if I’ve never been there. I have mostly gone around  Europe and done my thing. You could say that I have been thinking about going to Thailand several times, but it never happens.

His career as a songwriter has increased Darin as an artist. He's definitely not a nestling on that area. The songwriting has actually been with him since he was 14, and nowadays his cooperation partners are RedOne and Bilal Hajji. For the uninformed people thos are guys who works with the biggest stars like Lady Gaga, Nicki Minaj and Usher, and they're used to be in the Billboard chart. In addition to the songs he wrote for himself, Darin wrote music also for the American boy band V Factory, British X Factor winner Shayne Ward and the winning song of the last season of Idol.

-  But artistry always comes first. I have no problem with doing both at once. As a songwriter, I deal mostly with what is usually called top end, harmony and melodies. I have tried to produce a little too, but I think the writing is my strength.

Your life is clearly extremely different. You must have a very special workday?
- Haha, yes now when I'm recording an album things get a little hither and thither, or what to call it. But it's not always like that.

So there are parts of you that are really "living"?
-  What do you mean? 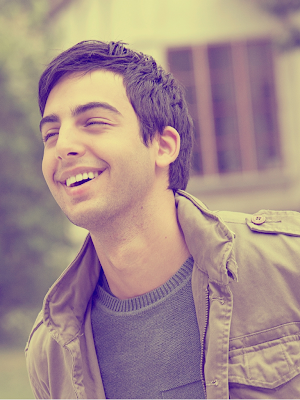 "I've been on tour with Magnus Uggla, so I knew him quite well."
Do you go to the gym and work out among common people, for example?
-  Haha, actually I tend to go out and jog a lot. But now that you mention it, I realize that I need to start with gym again. It's time to renew it.

Can I see you shopping at ICA Maxi?
-  Absolutely. I like to buy in bulk. But I'm pretty spontaneous, because I do not like routines, so it happens when I feel like doing it. Maybe I’ll start doing it more regularly when I get older?

Do you still have some friends from the past, from the time before you became famous? From Råcksta 'back to that day', which you can drag a bag of chips and some video games with for a night off?
-  Oh yes! It's just the people I hang out with most of the time. That’s what is so nice. I’m lucky to have friends who understand how my life works. It does not matter when we last met. Everything is as usual.

Darin admits that the recordings made ​​their mark. "Troubled intense" is a description that will be used at least three times during our conversation, as soon as the program is mentioned. Most of the other participants, he had an eye on before, some of them, he had even known.

- I've been touring with Magnus Uggla, so I knew him quite well. But I never felt like I held on to the ones I knew from before. It felt like we had a good communion and I clicked really well with everyone. Who surprised me the most was Pugh Rogefeldt. I had a completely different image of who he was than it eventually turned out to be. I think the program will show what I mean.