October 30, 2012
Darin starts over again - with super producers in the United States: nothing has to be taken for granted.

Pop artist Darin, 25, was nearly done with his sixth record when he chose to scrap it. In order to make a fresh effort, he went to the U.S. on a "songwriting" tour.
- I do not want to release anything if it doesn't feel 100 percent good, says the artist.
Darin Zanyar's upcoming album is probably his most expensive so far.He approached the finish line, but decided to start over after scratching out. Now he is in the United States working with super producers and songwriters in order to take his music to an higher level.
- I couldn't let go something that was not 110 percent good. It must feel awesome, he says.
Darin says, however, that he felt bad over the fact that the album didn't measure up. Purposefully and with strong traits of perfectionism, he goes on.
- As for music, I am a perfectionist. It must rock. Now the international market is important for me. I think this is an album that can reach out.

Can write for others
Right now he is in a studio in Los Angeles. In Philadelphia, he has recently worked with producer and songwriter Jim Beanz who collaborated with MIA, Timbaland and Nelly Furtado.
- We're writing songs for me. But it's not impossible that I write for others also during this trip.
The album is expected to come out early next year. Right now he is very outstanding in TV4's "Så mycket bättre", where he developed a close relationship with Maja Ivarsson of The Sounds. He doesn't expect, however, that the program will automatically take his career to new levels.
- I take nothing for granted, I don't know yet what it's going to happen. I want the album to be a completely different thing from "Så mycket bättre". I do not want to drop it too close because then there will be too many songs out there, he says.

"A perfectionist"
Producer Jim Beanz says to Nöjesbladet music that they're making "radio-friendly club music".
- Darin is a complete perfectionist, he says. 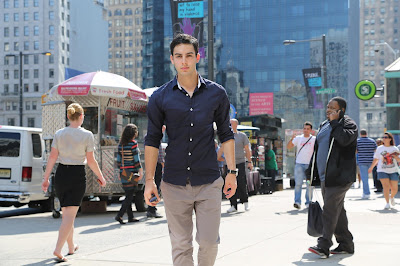 Files on the new album in Philadelphia say that Darin has not felt bad when having to scrap an album that was almost complete. Instead, he explains that that happened because he is a perfectionist. "It has to keep up", he says. 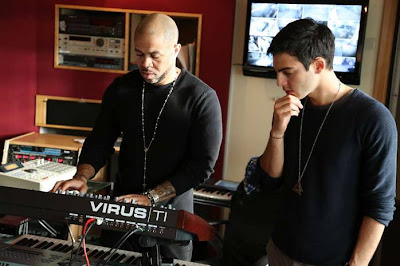 Producer Jim Beanz working in the studio in Philadelphia with Darin. 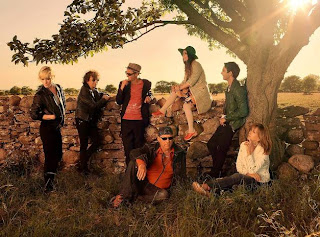 FACTS: This is Darin.
Name: Darin Zanyar. Age: 25th. Occupation: Artist and songwriter. Lives: Central Stockholm. Family: Mom, dad, older sister. Background: He became famous after featuring in "Idol" in 2004. Within six years, he has had four albums at the number one in Sweden. Some of his hits are "Money for Nothing", "Step Up", "Breathing Your Love". Income: 1.197 million Swedish crowns (assessed income in 2010).