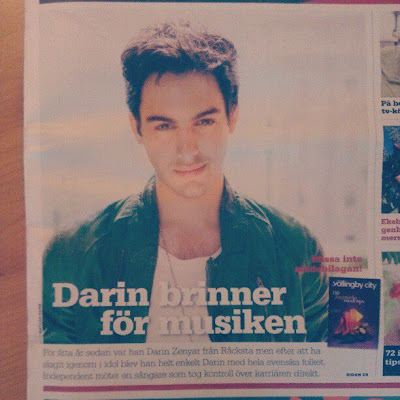 Eight years ago he was Darin Zanyar from Råcksta the breakthrough in Idol, he was simply Darin with the entire Swedish people. Independent meets a singer who took control of his career.

As a kid, Darin Zanyar wanted to become an astronaut but instead of traveling to the stars, he became one. On the road disappeared after the name, at least in this context, and now he's just Darin. Independent hits a singer from Råcksta who placed Sweden, and perhaps soon the world at his feet. 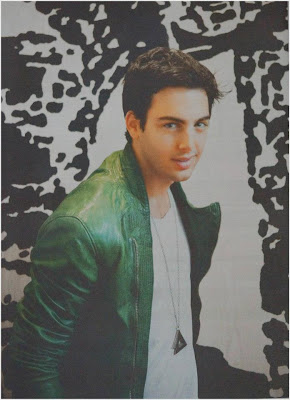 "I think the audience can see which artists are passionate about what they do. And I'm passionate”

A few Idol participants have succeeded in creating a sustainable career in the tough music industry. Who remembers, for example, who won the competition in 2004? Hardly anyone can the answer, but that year's runner-up was immediately a name on everyone's lips.


- Yes, it went pretty quickly there (laughs). From being completely unknown to being unable to take the subway. But the fact is that I already felt quite ready.

It must have been a huge shift to suddenly be recognized everywhere and also some kind of girl idol?

- I'm pretty shy and retiring so it's clear that it was a bit strange with so much attention. At the same time it felt completely natural on the stage, which was already a "safe-zone". It's like a place where I can do whatever. There is something magical about standing on a stage. But I'm still nervous every time I perform (laughs). And it's probably just fine. I remember an technician I met backstage when I participated in Allsång på Skansen and he said that when it stops feeling nervous before going out, it's time to start thinking about what you're doing.

Isn't it easy to be a little lost when it all happens so fast?

- Yes, maybe but I didn't felt that way, contrary I was somehow ready. I also think that I took control of my career from day one and I ended up in good hands from the start. It is eight years ago but I think I'm the same person I was then, thanks to the people I have around me. Then I have hopefully grown as a person over time.

Then, when you broke through in Idol, you lived in Vällingby. Tell me little about your childhood.
- It is a special place for me and I really liked living in the area. We lived in Råcksta that time. It was important when we are growing up and the world gets a little bigger each day. The music was always there when I was a kid, my parents and my uncles played and as long as I can remember, I wanted to become a singer. And astronaut. But I became a singer (laughs).

Your parents fled to Sweden from Kurdistan. How has it affected you?

- I feel like a mixture of different cultures and have been influenced by both Sweden and the Kurdish heritage. On a positive manner. I'm really proud of my origin and have been back several times. The first time I was only three years old and didn't understand anything. I think I have been able to take advantage of being able to exist in both worlds, I find it easy to understand other cultures and it helps me a lot when I am abroad.

You have been called Sweden's Michael Jackson. What do you think about that?

- Hmm... it's flattering in a way, he is one of the artists, together with such as Whitney Houston, whom I have grown up with, at the same time, I would rather not be compared with anyone. I prefer to compare myself with myself and constantly seek to develop.

There is a link between you and other artists. In the summer you were with and recorded Så mycket bättre together with, among others, Magnus Uggla and Sylvia Vrethammar. The programme is broadcast in the autumn.
How was it interpreting other people's songs?

-  It was fun! At the same time, I was thinking a long time how I would do, I have not sung so much in Swedish. I am delighted with the songs I did and hope that I did some good, anyway (laughs). The whole experience of filming was really exciting, everyone attending very different from each other and there is so much you can absorb and learn from each other.

The future then? How do you want to continue to develop?

- I have high expectations of myself, and want to make everything better and newer. I simply want to continue to write songs and play them for the audience. All parts of the job, interests me and I enjoy everything from videos shooting to the styling. A dream is to have the ability to get my music in even more countries. I am grateful to be doing what I am doing and intend to fight hard. Its how it works: If you are willing to work to produce then it will get results. Maybe it doesn't feel always like that but if there is any secret then it's, that. 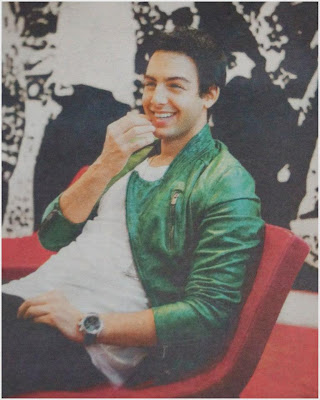 Favorite Places in the western suburbs: Vällingby course, perhaps most importantly Råcksta where I grew up. Another favorite place is Dalhag'sschool in Husby where I went up to the fifth grade.

Likes: Traveling and watching movies. I love to watch movies!

Make any time at leisure: I'm jogging actually quite a lot, it is a good way to clear your mind.

Always along for the ride: My iPhone