November 19, 2012
Week after week Darin impresses with his interpretations of his colleagues hits in "Så mycket bättre".

Today, four of his songs are in the top ten on Itunes.
"Thank you for that and for all the nice words, I really appreciate it", writes Darin on Twitter.

Last Saturday Darin took Magnus Uggla's hit Astrologen in Så mycket bättre. That interpretation gave him a four [out of five] in ratings by the Expressen's music critic Anders Nunstedt.
"Darin sings again, with an amazing self-mastery, a cool arranged cover that sounds both like 80s pop and modern boyband's pop" writes Nunstedt in its review.
And Darin's covers got a good response even from Swedish people.
Four of his songs from Så mycket bättre are now charting in the top ten on iTunes. The above-mentioned Astrologen  is at the top.
On Twitter the star thanks his fans:
"3 Top10 songs on Digilistan and Astrologer number one on iTunes, really fun, thank you for that and for all the nice words, I really appreciate it."

The songs are on Spotify too
It may be added that all of Darin's works from the program, which so far has broadcast four episodes only, are on the Itunes chart.
Even on Spotify is going well for Darin.
His version of Olle Ljungström's En apa som liknar dig is at position 7 and his interpretation of Pugh Rogefeldt's Stockholm is found at position number 13. 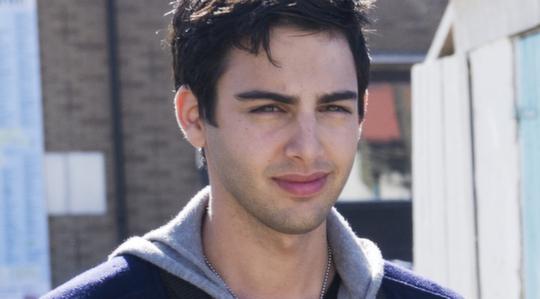