November 23, 2012
Today all the songs that are going to be performed in the following Så mycket bättre episodes have been revealed.
At first it was not our intention to publish that because we thought it was a leak and we didn't believe that TV4 nor Darin would have let people know about it before the time, so it would have been so unprofessional of us.
However, after learning that was CDON.com which released the tracklist of the upcoming Så mycket bättre album and since the news has become of common knowledge, here you will find the the two songs left that Darin will perform in the next two episodes and the list of the songs that the other artists will be performing during the episode devoted to Darin, airing on December 8th.

On Darin's day, each artist will perform:

Money For Nothing - Pugh Rogefeldt

Want Ya! - Maja Ivarsson (and that is no accident)

Who's That Girl - Olle Ljungström

And if you want to preorder the Så mycket bättre compilation which is out on December 9th, just do it by clicking here! 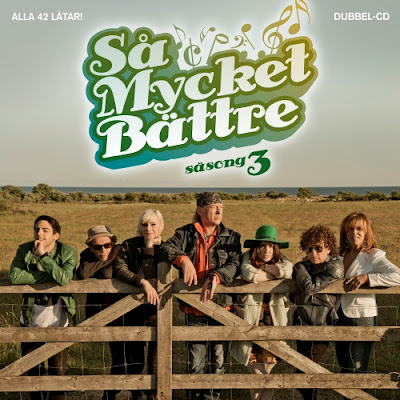