December 29, 2012
He was shopping in the suburbs, but went to France - without telling anyone.
- I just felt like: "Damn, now I go", says Darin Zanyar in tonight's Tack För Musiken.

In tonight's Tack För Musiken, on SVT, Darin Zanyar, 25, talks about his fear of flying - and how much he loves travelling by car instead.
The love for the road took him on a spontaneous trip when he was 19, when he would shop in a grocery's in the suburbs.
Darin lived in Kungsholmen at that time, in Stockholm - and had just bought a GPS.
- Then I just felt: "Damn, now I go away somewhere". So I typed the name of a town in southern France, and just drove all the way down, he tells the TV host Niklas Strömstedt. 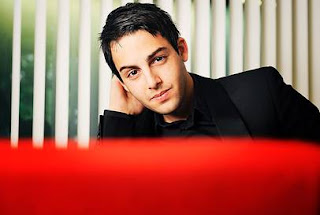 "I bought everything on the road"
The spontaneous decision left no time to pack. Not even toothpaste he brought.

- I bought everything on the road, and didn't tell anyone that I went. I called home when I was in France.
Strömstedt: Did you know anyone there?
- I didn't know anyone there. However, I went to Germany and Berlin on the way back to visit some friends. So I hung out there a few days, says Darin.