December 06, 2012
It's been eight years since CHIC's Caroline Snabb met Darin for the first time. He was a shy guy with his mouth full of metal which had just broken through in "Idol". Today he's a charming and confident businessman with lots of admirers, including Beyoncé.

–  It has happened so incredibly much after "Idol". I have seen so much thanks to my job. I have travelled a lot, met tremendous people, launched my music in other countries, and toured Sweden. I have been working with the music the way I dreamt of since I was three or four years old, says Darin.

What would you would have done if you hadn't been involved in music?
–  Then, I would probably be a doctor. I was very involved when I was in school. But my dream has always been to become an artist and songwriter. I never finished high school but started at Lilla Akademin at Odenplan (Stockholm, Sweden). There was so much classical music, opera, symphonies, and choral. I like languages as well and I have learned a little French on my own. I bought a book and listened to one of those discs.

As many have seen, it has heated up properly between Darin and Maja Ivarsson, 33, in "Så mycket bättre", but because both have been very busy after the program, then the flirt has just stopped. They are still in touch via sms and emails. 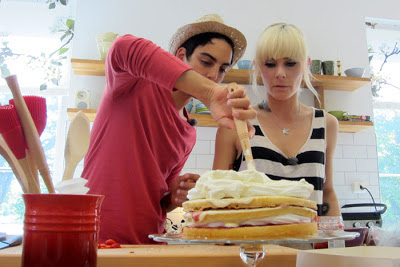 Are there many girls who want to be together with you?
–  Yes, haha. But it's fun. I am single and living life. I've had a girl for a while in Berlin, but after a long on and off relationship, it ended.

How are you as a boyfriend?
–  I work pretty much, which may not be very fun. But if the right girl comes up, I wouldnìt say no. I don't think it's so difficult to date someone just because I'm famous, rather it is the other way around. I am quite cool but at the same time, a little jealous. And then long distance relationships are not good.

You've done pretty well in the gossip press.
–  Yes, except when I lost my driving licence, haha. I really don't know why it is this way. But I don't say yes to everything, even though I get lots of requests. I would never be on "Wipeout" for example. That seems pretty crazy fun and I'd like to try it but not on tv.

Has it happened that you neglected to do something because you're famous?
–  Yes, I was so shy at the beginning, and not used to this celebrity world. Now I'm quite comfortable in that role and feel like I can be myself. But maybe I would not take the subway on a Saturday night. I actually haven't been underground for a long time. 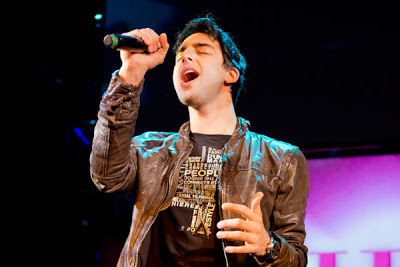 Are you a party guy?–  I like to go out more when I am abroad. I think it has to do with heat. But of course, I go out when I am at home too.

What do you spend the most money on?–  Travel and food. I love Italian food and when I'm out I eat a lot. My favorite restaurants are Italiano and Papà in Stockholm.

What makes you cry?
–  Sometimes it can come out of nowhere and you have no idea why you're are crying. I can cry over movies.

You wrote a song for the Crown Princess Victoria and Prince Daniel's wedding.
–  Yes, I actually got a letter from Victoria and Daniel after the wedding. I met them for the first time in the backstage at Beyonce's concert and it was really nice. Just before I had met Beyoncé and became completely starstruck! She is special and I just stood and smiled and she said to me "You're cute". And I replied: "Thanks, you too!". Haha, I did not know what to say.

What does the future look like?–  I don't know, and it's so nice to have this job. I don't  like to know what it will happen, but I like to be spontaneous. I remember when my mother travelled to Kurdistan and I drived her to the airport. There was one place left on the plane so there I decided on the spot that I would go with her. That's me! 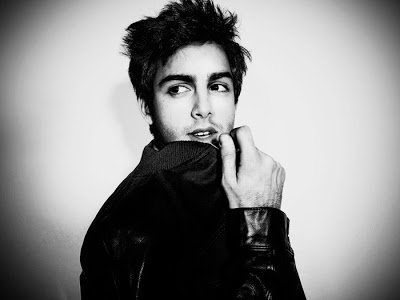