December 06, 2012
Darin's new album is out next month AND he finally revealed its title during an interview out today. It will be named Exit and, according to Darin himself, it will have "cool tunes". Here's the full interview translated into english.

He's the star of the TV4's successful program. Darin's songs from "Så mycket bättre"are dominating the charts. After the New Year, his sixth album comes out, "Exit".
Swedish House Mafia, you know the group that filled the new national stadium outside Stockholm three nights in a row? They are number four. On the iTunes charts at one, two and three there's Darin with the interpretations of his colleagues' songs from "Så mycket bättre". In the singles chart, he may have been beaten by the house trio, but it can be comforting that he's at positions number 2, 3, 15 and 39. Darin Zanyar is arguably this year's big star in the successful TV4's program.
-  Of course I was very pleased with my interpretations. We didn't have much time, but it still felt like we had got to my sound and done my thing full of songs. But I couldn't know it would be this good, I'm incredibly happy, says Darin.
Next saturday the popular tv program will air for the seventh time. It will be Darin's day and the conversation around the dinner table will be intense when he will talk about his parents' escape from Iraq.
-  It was very sensitive on my day. But it probably was a mixture of what I was talking about and the fact that we were very tired, says Darin.
Actually, Darin was supposed to release a new album in 2012. Not just one though, but two or three mini albums. That didn't happen, and instead, a new album is coming early next year.
-  I was almost done with the first EP and there were many awesome songs, but it did not feel right for me as an artist at the moment. I followed my feelings and an album is something that will always be there so I scrapped the album and started over.
It comes naturally to suspect that the singer wanted to take advantage of the attention that "Så mycket bättre" guarantees to the artists,
-  But I didn't know I would be in the program when I decided not to release the EP. So perhaps it was quite good that the album was not ready because  probably  it would have collided with these songs. It will be perfect timing, he says.
The upcoming album with the title "Exit" came to birth during an intense period in the United States and England. In one month Darin wrote 25 new songs with producers such as Jim Beanz (Britney Spears, Lil 'Kim, Rihanna) and Sacha Skarbek (Lana Del Rey, Adele, Jason Mraz). He describes the album with these words:
-  It's a very cool album, cool tunes. The lyrics are something I focused on a lot. It should feel personal. 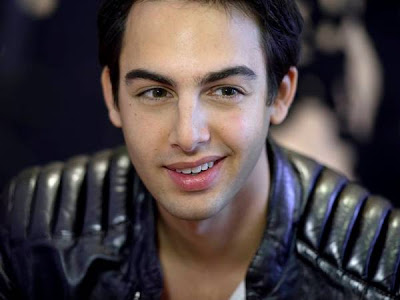