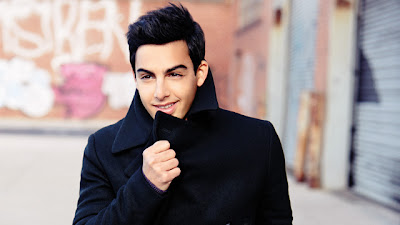 Do you sit front of the TV on Saturday nights?
- I couldn't see the first episodes because I was away, but now on Saturday, I saw it. It feels good, but I think it is a bit hard to watch yourself on television. It's one thing to see yourself singing, but quite another thing when you are just hanging around. Apparently, the others feel the same way, so I'm not alone.

With the others he meant, of course, Olle, Linda, Sylvia, Maja and Pugh - a sprawling gang that was meticulously assembled to make a good tv program.

Did you get along with everybody as it seems?
- Yes indeed. It was a wonderful atmosphere and everyone was themselves. We talked only about things we wanted to talk about, and I hope it's showed that it was relaxed, honestly and fairly sensitive. We actually became like a little family.


Wasn't it nervous to perform other artists' songs?
- Since I didn't know how my interpretations would be received, it was very nervous. Olle is pretty beloved by people for example, so I didn't knew at all what he would think when I performed his song in a complete house sound. Playing for the artists or songwriters honorable, especially when they are so experienced.

But you are also quite experienced at this point. After all, it's been eight years since you broke through in Idol?
- Shit, eight years ago...

Do you feel like it was inconvenient that you were so young when you broke through? Have you got a lot to prove?
- I don't feel like I have to prove anything, but when I accepted to be in Så Mycket Bättre, I did it because I wanted to show who I am as a person and what I can do musically. Many people in this country know who I am, but I don't think everyone knows that I write songs, both to myself and to others. It's been that way ever since it began.

In January your new album gets released and as usual, it's said that "this time, Darin found home musically." Do you have many homes or you just like moving?
- You're growing up all the time and the music changes. I wouldn't do anything else ...like death metal, but it feels unnecessary to do the same thing again. Right now feels like the songs are very much "me". The lyrics are more detailed and more personal. They fit very well who I am today and where I'm going.

You've had crazy devoted fans from the start. How does it feel to see them growing up and how has your audience changed?
- I recognise many of them from the past and they have, like me, grown older. It's fun that they have been following my journey all the way and that it feels awesome that I have seen them growing up. In the recent years, I have noticed that my audience has become much broader than it was before, and it feels like a natural step.

If you write a really good song, you've already predetermined whether you should give it away or keep it for yourself?
- Not always. Foolish, the song that I wrote for Shayne Ward, I was close to make it myself because I liked it so much. But Simon Cowell wanted it for Shayne and I felt that "what the hell, if I still sho4uld keep on with songwriting, I must also be able to give away my best songs." I can always write new ones. Haha.

Who are your role models as a songwriter?
- I got to work with some of my role models when I was in the U.S. and it was unbelievably awesome. The first week, I wrote a piece with Jim Beanz, who makes Timbaland's beats and has worked with Nelly Furtado's "Loose". Sasha Scarbeck I worked with... he has written for Lana del Ray, James Blunt and Adele. Then I met the RedOne-gang who I have been working with from the start.

Who haven't you worked with?
- I still have not worked with Rodney Jerkins... We didn't get to any session with him because he was with Britney that day. But well, it will happen next time.

The interview draws in and the more I talk with Darin, the more I imagine the pretty good life that he lives. The question is, when being Darin feels the best?
- When I went into iTunes and saw that I had three songs in the top ten! No, the most indescribable feeling is when I stand on stage and feel the response of the audience. When I feel the energy when the audience sings along and all becomes one. Then it feels the best. 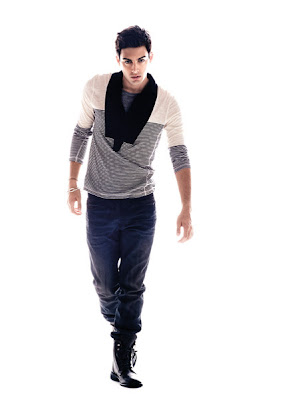 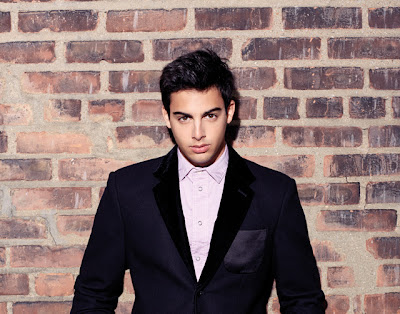