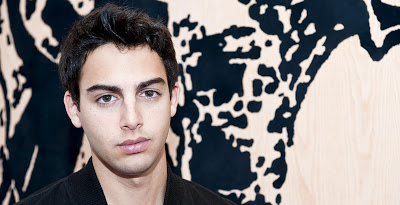 It has been over eight years since Darin broke through as an artist. After almost six released albums and great musical success both in Sweden and internationally, he is today an established artist. Despite this, many still have the image of a singing teenager with braces when they hear his name. But as one of the seven participants in the latest edition of the television program "Så Mycket Bättre", this picture certainly updated.

Darin Zanyar (or just Darin as he is known from the Swedish population) has recently come back from a long stay in the US. But considering the jet lag and that it's Monday morning, he looks exceptionally fresh. The perception many have of him as a shy and cautious young man, an image that persists since he was 17-year-old broke through in "Idol", is only partially true. Surely, he was still perceived as a bit wary, but he also shows a tremendous pleasure and motivation for what he does. It's clear that Darin has a passion for music.


As recently as two days ago, he landed in Stockholm, ending a songwriting tour which lasted over a month. The journey took him from New York to Philadelphia, back to New York and then on to Los Angeles to finally go back again to New York.

The main focus of the trip was to get material for the next album, Darin's sixth, by working with some of the biggest names in the commercial music industry. A trip to enjoy. Among other things, he visited the Moroccan producer and songwriter RedOne, who Darin has worked with since his career started. Despite many new meetings, the collaboration was all good.

- Yes, it was nice because I've never done a similar trip earlier where I had written in this way with so great songwriters. I have listened to a lot of the music they made and wished to work with them for a long time. So getting to do this was very cool. Although during the trip he had many meetings with new faces, Darin felt no further pressure on what would happen. As usual, he just did it.

- No matter what I do, I do it myself, I do my thing. And this time it went good from the start. During the first week in Philadelphia, I worked with Jim Beanz and we wrote six songs in five days. We set a particular style for the album at once, says Darin, showing off a perfect row of teeth in a big smile.

Upcoming album, according to him, pops out an idea of ​​what he has done before. All the tracks are done and they still feel club and smell like urban r'n'b pop, just as Darin's signature, but with a "newer style".

- The disc will be more personal, both musical and lyrically. Like my earlier style, but narrower. There are some dance songs, but most of it is actually a little quieter and the songs are more intimate. In a good way I hope.

The creative journey in the United States lasted about one month, which can be seen as a short time to create material for an entire album. But Darin is used to that. In 2005, for example, he released two album, both debut and sequel. Full speed right from the start.
- It was actually a smart move and nobody in Sweden had done anything like that before. At first it felt weird, but I ran on. I had very good songs that I just wanted to get out. Just then I felt that the sound that I and Redone had worked out on the songs was new and it would not have worked that well if I had waited.
And looking at the past, it turned out to be the right gut feeling. The second album sold even more than the first - almost twice as much.

As many people don't know, Darin has written, or been involved in writing, almost all of his earlier material. Apart from a few exceptions, like his debut single "Money For Nothing", as it involved Robyn in the writing. What even fewer people know is that he started writing songs for other artists already at the age of 14 - a couple of years before he broke through. However, for the next album he will prove to be the composer of all the songs.
- If I get a song that really feels like mine, I can do it. For example "You're out of my life" on the last album, really felt like I had written it. The ones I have been "pitched" to me this time was good, but did not feel quite right. They have not felt like myself.

Before he went to the U.S., he was involved in a completely new experience for ten intensive summer days in Gotland. As a few have missed, he starred as the youngest participant in the TV4 production "So much better" with the artists Magnus Uggla, Sylvia Vrethammar, Olle Ljungström, Maja Ivarsson, Miss Li and Pugh Rogefeldt.
- The reason why I said yes to the program was that it felt good to be able to show who I am as a person. Many remember me as a 17-year-old who broke through with braces in "Idol". I understand that most people will only remember the first picture of me, but now that I'm 25 years old that picture feels a little weird. It was also nice to show off a different side of me, and not only the one of me when I'm just standing on stage.

The setting is absolutely right. The tv program has proven to have a tremendous impact and influence on the Swedish people. For example, former participant artists September and Laleh had substantial boost in careers and managed to go from unknown to popular. Darin, whose upcoming album is out in early 2013, couldn't debut in the television production more in time.

The set-up of collecting a handful of Swedish artists of different ages and with different musical backgrounds and let them interpret each other's songs have proven to be a successful idea.
- I really like the approach to interpretation, and it is an honor to listen to others making their own songs and also making yourself show what you can do musically. And the feeling I had when the others were singing my songs is difficult to explain. It touched so much more than I thought it would. It felt like ten times my birthday. Besides, the seven of us clicked very well! The funny thing was that everyone is so different, so we became like a family somehow.

Despite the familial atmosphere, the adventure held many nervous occasions. An extra tight moments, which is also seen in TV series, was when Darin would sing Olle Ljungström's song "En Apa Som Liknar Dig". He had transformed it from a from a big pop song to an almost over-produced house version. Furthermore, Magnus Uggla had just performed "Jag och min far" and got everybody around the dinner table to tears. The pressure was enormous.
- Olle is an amazing artist, so I was worried that he would not like my version. But he was happy and said he liked it. So it ended well.

Another nervous moment, about ten years earlier, takes place at Sergel's Square in Stockholm. Darin and his sister are walking around the city when suddenly they see a large stage in the middle of "Plattan" where anyone can get up and sing karaoke. His sister, who knows Darin's vocal talent, persuades him to sing a song. But he hesitates. He's not sure if to dare or not. But when the host grunts that "everyone thinks they can sing good" gets the 15-year-old Darin to a quick decision. He'll show his worth , so he stands and sings R Kelly's "If I could turn back the hands of time".
- I have always performed in leisure and kindergarten, always been the one to sing. But never in that way. When I started singing, it was maybe four people in front of the stage. When I was done it was completely full of people. My sister stood and cried and the host said people thought I mimed. When I said it was me singing, everyone started to cheer. It's among the sickest moments I have experienced so far in my life. And that's when I decided what I was going to be. It really was a milestone in my life. A starting pistol. 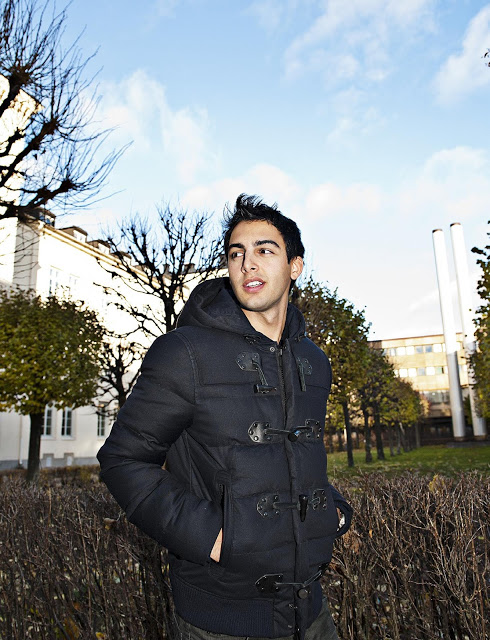