December 16, 2012
Yesterday the third season of Så Mycket Bättre came to the end. Since it was the 8th and last day for the artists to be together, they celebrated making duets on some famous songs.

It was Magnus Uggla's birthday, so the beginning of the episode was mainly focused on him. The other artists decided to make a strawberry cake for him and had a little surprise party for him.

At lunchtime, the others started singing duets together. During the lunch, Darin told Maja that he didn't expect that they would click as well as they did, and that he was very happy about that. He gave her a flower and told her that he really likes her and that she makes him happy. He also said that it was "a declaration of love" and laughed. This led to that all the other artists gave Maja more flowers, taking them from the table decoration.


After lunch they did the yearly tradition that all the artists in every season of Så mycket bättre have to do - paint portraits of each other! Darin and Maja painted each other and the result was very good. During the painting Darin said that he loves to paint, and that he paints pictures often, as a hobby. But it was the first time for him to paint a portrait, because he usually draws portraits with a pen instead of painting them with a brush, he said. 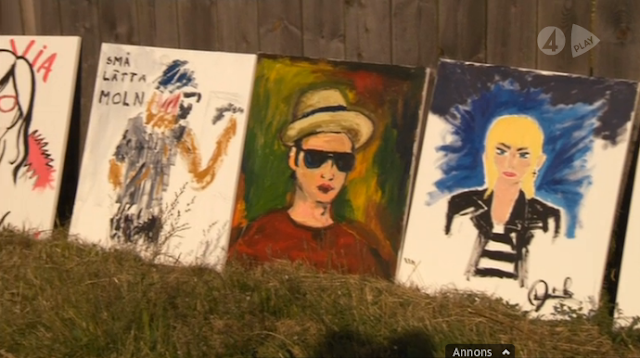 At dinner Darin first sang a wonderful duet with Sylvia: they did their own version of Frank Sinatra's Strangers In The Night. But the best came when he sang Nobody Knows together with Maja. That was the last performance of the season, and it ended up being amazing. Darin said that it felt great singing his song with Maja. To him, that was the perfect ending of the show. 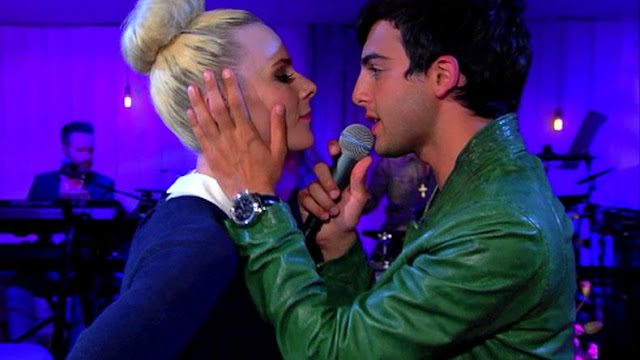 The very end came with an "after party": the artists had champagne together at the balcony. Darin said that he had had a great time during the recording of the show and that he is so grateful.

And for all of Darin's fans, not only has this show been a way to get new great music from him, but most of all it has been such an incredible way to know a side of him that we didn't know. The #DarinFamily is so thankful to everyone who made that real and proud of Darin, who always gives us the possibility to discover something new.

Unfortunately, we haven't been able to upload the episode yet. We're trying our best so don't worry, we will post it as soon as we get it. As usual, you can take a look at our photo gallery from the episode on Facebook in the meantime.

However, that was not the last episode of the show. A special Christmas episode will air on December 25th on TV4 at 20:00 CET. We are curious to see what's going to happen!
Så Mycket Bättre TV4