"Playing With Fire" out on January 18!

January 11, 2013
Some days ago there was a rumour that January 15th was the scheduled release date for Playing With Fire, Darin's new single from Exit, in the list of iTunes upcoming music releases. However, today Darin finally annouced that the single is out on Friday, January 18th not only in Sweden, but also in Finland and Norway.

This is actually Darin's second single from the album, but it's the one that introduces us to the "Exit era". According to Darin, it has a new sound and it's "sexier and hotter than Nobody Knows".

There's been also a change in the album tracklist: in fact, six bonus tracks have been added to the original tracklist and they are the songs Darin released during the tv-show Så Mycket Bättre.
You can pre-order your copy of Exit here by checking our list of the countries where the album will be released. 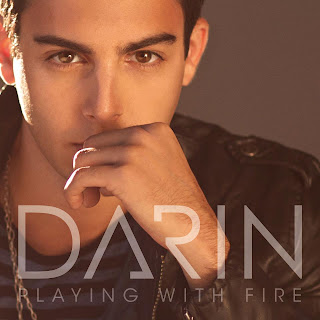