January 30, 2013
No rest, no rest for Darin whose "Så Mycket Bättre" songs are still high in the charts. Now comes his new album "Exit", and the dreams of US, UK and Japan. 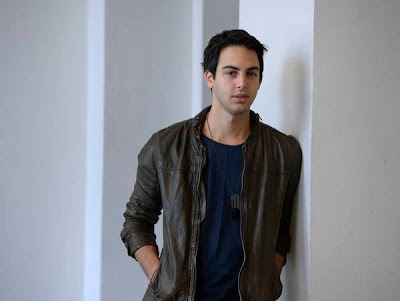 Darin was a success in "Så Mycket Bättre" with its modern interpretations of colleagues' songs, especially Olle Ljungström's "En Apa Som Liknar Dig" and Magnus Uggla's "Astrologen". But when the program started airing, he was in Los Angeles to record what would become "Exit". Without even having met the producers and songwriters Jim Beanz and Sacha Skarbek, he had booked himself for a very hard studio schedule.
- I'm glad I wrote with Jim Beanz first. It feels like it was us who put the sound of the plate. The first song we wrote was "Playing With Fire", explains Darin on what later became the first single and collaboration with Beanz who gave him five songs in six days. In total they wrote 25 songs in a month in Los Angeles.


But of course it was not expected that the click between him and the producers would so fortunate. He notes that he writes much better when he has the ball, then he becomes more comfortable, more relaxed. Just as it was now.

Here we sit in the record company's so-called English room with brown leather couches, Darin lit up when we start talking about text writing, what's he it's most important to start with.
- I have always been much easier for melodies, but in more recent years I have become more and more involved in the lyrics and especially on this record, I went much deeper into lyrics than before. It becomes more personal and of course it's harder. It requires more. At the same time, it felt nice and quite natural. And better, says Darin highlighting the "Same Old Song" as a personal favorite on the disc.

In april Darin makes at least three gigs in Stockholm, Gothenburg and Malmö, and one thing is clear, his involvement in "Så Mycket Bättre" made him reach a completely different audience than before.
- I feel as if I could show you who I am and what I can do musically. I'm glad that I was in it, says Darin.

He tributes the other artists in "Så Mycket Bättre" and looks very pleased when he talks about what the list of accomplishments and the impact of the program and its music But it is clear that now it's his own music related, it's "Exit" he wants to talk about were. And his love for songwriting. He can't wait to write new songs. But now it's with "Exit" that he wants to reach out. He speaks in terms of territory.
- USA, I am very interested in. Similarly, Germany and France. Then England and Japan. It's not impossible that I focus, focus on it. But I'm taking it step by step. And the territory of the State, says Darin. 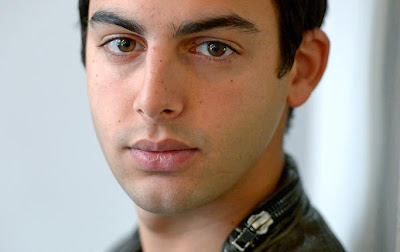 Darin Zanyar, 25 years.
He came second in the first edition of Idol in 2004. He has topped the album charts in Sweden four times, and has made ​​great success with his interpretations in Så Mycket Bättre.

"Exit" is his sixth album. It's released on January 30th.
On Exit Darin has worked with producers and songwriters such as Jim Beanz and Sacha Skarbek. Jim Beanz had previously worked with artists such as Britney Spears, Lil 'Kim and Rihanna. Sacha Skarbek has collaborated with Lana Del Rey, Adele and Jason Mraz.
Exit international Så Mycket Bättre