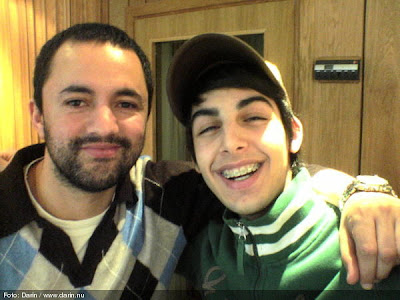 Nadir "RedOne" Khayat tells us about his journey to success, and also that it was anything but easy. Although, he reached the top and has worked with many great artists, like Lady Gaga and Michael Jackson. And, of course, Darin.
Nadir says that the collaboration between Darin and him started after he had got in touch with the record label manager Peter Swartling, who later became the president of the Swedish "Idol" jury.
"Peter went back to Sweden to start working on the recordings of Idol. And when Darin ended up at second place and became the name on everybody's lips, Peter Swartling asked me if I would like to write a song for this new star. Of course, I said. And then "Step up" was born. It went straight to number 1 on the Swedish charts", says Nadir in his summer program.