March 10, 2015
HES, the company in charge of Darin's music promotion across Norway, revealed today on their website that Darin's still untitled new album is set for release this fall and - drum roll - it's going to be entirely in Swedish!

The first single off the album, as we revealed yesterday, is called "Ta mig tillbaka"("Take Me Back") and is out on March 13th.

Whether you are disappointed or satisfied by this choice, this will be Darin's seventh studio album as well as his first to be completely in Swedish. This is what HES tweeted and Darin retweeted (originally in Norwegian):

"In 2015 Darin will release his first album in Swedish, and it sounds beautiful. We look forward to working with Darin in Norway." 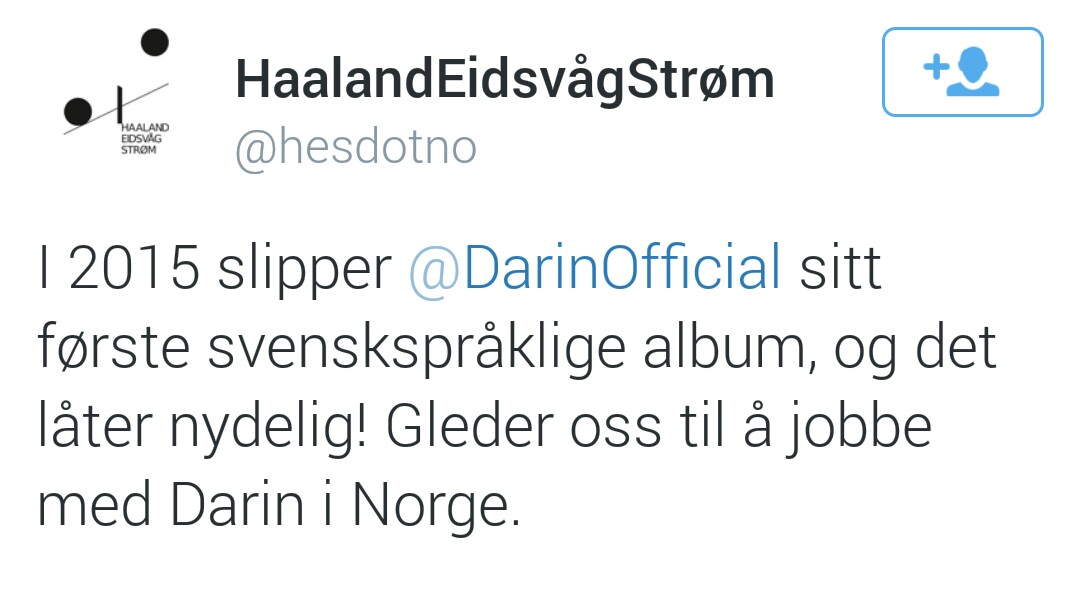