April 17, 2015
Darin visited the swedish-speaking radio channel YLE X3M in Finland to talk about "Ta mig tillbaka", of which he performed an acoustic version. During the interview, the host played a guessing game with Darin called "Så Mycket Sämre" (So much worse) in which they had to play a song of Darin's using some instruments chosen by Darin himself.

You can listen to the interview (in Swedish) at this link (starts around minute 11:44).

Here's also a video of Darin for X3M TV. 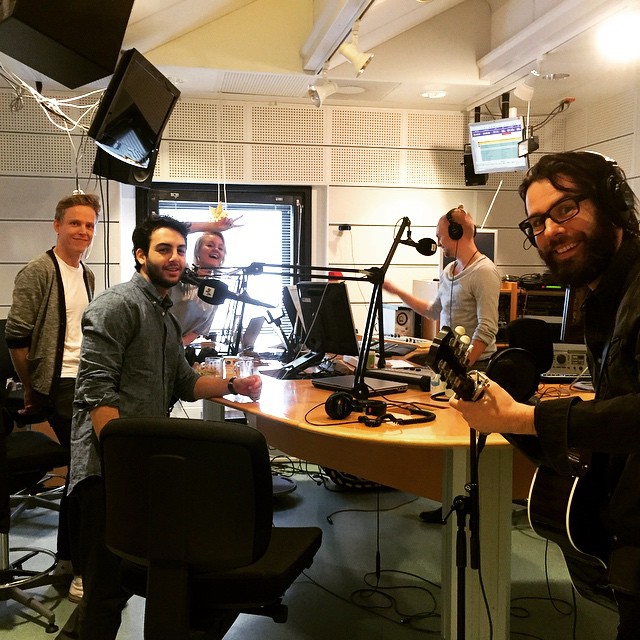