July 06, 2015
Darin picked the second single off his seventh studio album: "Juliet". His intention to release this song as next single was already clear when we asked him in Singapore and also since he performed it for the first time ever at the tv show Moraeus med mera which is airing this autumn.

As we said before, the song has a strong country/folk sound and it's a tuneful summer hit. Also, the lyrics are a modern version of Shakespeare's Romeo and Juliet.

Juliet is going to be released on July 14th and on the same day, Darin will perform it at Allsång På Skansen, just like when he performed "Ta mig tillbaka" at Skavlan on the day of its release. The song will be made available on iTunes and Spotify in Sweden, Norway, Finland and Denmark. Here's the single cover that Darin shared. 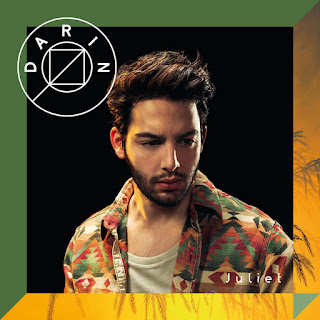