October 27, 2017
After 5 weeks of charting in Sverigetopplistan, Tvillingen has earned a Gold certification! Since its release, it has been played over 3 million times on Spotify!

In addition to that "Ja må du leva", the first single off Darin's upcoming album, has sold 2x Platinum. It has been streamed almost 11 million times on Spotify. 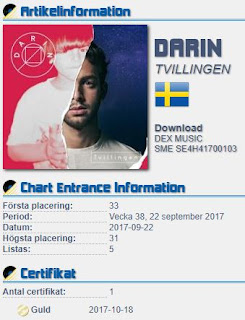 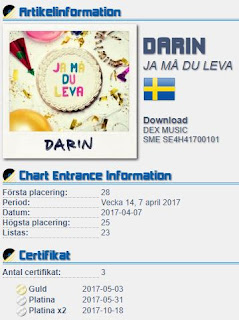