The news we've all been waiting for: Darin's 2019 Arena Tour concert at Globen (Stockholm) will air on SVT on January 7th, 2021. The news was confirmed by Swedish newspaper Aftonbladet in an article listing new shows that will air in Sweden this winter. 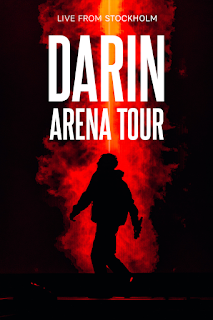 On June 3rd, 2020, following the announcement that the Summer Tour would be cancelled due to the pandemic, Darin announced that his team was putting together footage from last year's Arena Tour. It was later revealed that the footage would be from the date in Stockholm, at the Globen Arena.