May 06, 2015
Darin has just announced the title and release date of his new, Swedish spoken album in an interview with Aftonbladet!

The album will be called "Fjärilar i magen" (Butterflies in my stomach) and it will be released 25 September!

Read the translated interview below. 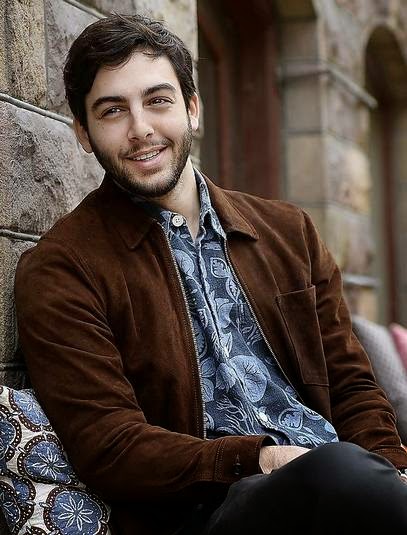 Darin about love and his Swedish album
“It's much more autobiographical”

It took an entire year for him to write his first song in Swedish. Now Darin, 27, will spend his summer finishing the album “Fjärilar i magen” (Butterflies in my stomach) that will be released in September.

FACTS
Name: Darin Zanyar
Age: 27 (turns 28 in June)
Occupation: Artist
Current projects: His new single “Ta mig tillbaka”.
Will release his first Swedish album, “Fjärilar i magen” 25 September.
Lives: In an apartment in Stockholm. “Places I live in must have a nice vibe, a nice energy, you feel those stuff”, he says.
But I’ve looked up where you live, you live in an apartment above a porn store, what kind of energy does that convey?
“How the hell did you know that?” (laughs) “I guess it creates some kind of Berlin-feeling in a strange way. And in the summer there’s a café across the street that plays jazz music, so then I hear it through the window. It gives a kind of New York-feeling. I think it’s charming, it’s a nice mix at such a place. ‘Where in Stockholm do you live?’ I’m like: ‘In Stockholm’s red light district’.”

What are the lyrics in your new album about?
“It’s much more autobiographical. I’ve finished writing everything, but I haven’t picked out all the songs for the album yet. It’s about life, when you find yourself, and find your own rhythm. Everyone is different - everyone doesn't fit into the same format. Life is so outlined, but we don’t think about it”

What do you mean?
“I mean that first you’re born, then you're supposed to go to school, graduate, start working, get married, have kids, buy a house, retire. It’s like an unwritten schedule to follow. That’s something I’ve thought about, that it’s not for everyone. Some people might be good at other things.”

Does it feel like you’re following your “life schedule” then?
“I don’t. Now I don’t know if that song will end up on the album, but that’s what I’ve written about - that I don’t follow it. Because I have to do what feels right for me. I need to find my own path.”

Are there people around you who expects you to follow that life schedule, get married, have kids?
“No, not in my case, but I’ve noticed that friends of mine feel that pressure, like ‘shit, I need to meet someone, I need to settle down’.”